Today we have the pleasure to get to know closely Walter Rhein. Author of several novels and creator of fantasy worlds, thank you for being here 🙂

Explain to us in two lines who is Walter Rhein.

I’m a writer for several small press publishers including Perseid Press, Burning Bulb Publishing, and Harren Press. I grew up in Wisconsin, and spent 10 years in Lima, Peru in my 20s.

When did you decide you would try your luck as a writer?

I had a short story accepted for publication in a high school journal when I was a freshman. After that I had a few articles accepted with local magainzes. I’ve been fortunate to place articles for years, and I’ve always enjoyed taking the extra time to examine an issue that crafting an article requires.

Have you always been into fantasy?

Yes, I grew up in a log cabin out in the woods, so fantasy appealed to me because it was easy to imagine across the backdrop of my back yard. I started off with ‘Sword of Shannara’ back in 4th or 5th grade, and went through all the fantasy staples after that. Arthurian legend falls into that category, and becomes a little more literary. Then I became interested in swashbuckling books like ‘The Three Musketeers.’

When did your first success come?

I was pretty excited when I had my first short story accepted for a small journal for something like $15. I’ve done a lot of fantasy and science fiction short stories since then after finding markets on places like Duotrope or Ralan. I had my first novel accepted for publication in 2007 I believe, and I’ve developed further relationships with several publishers since then.

Who has been your biggest supporter?

The biggest key to success for any writer is to cultivate a key support group. I stay in touch with a lot of writers I met when I was working with Rhemalda Publishing, they’re great people and will always give your books a look upon release. The folks with Perseid Press and the Heroes in Hell writing group are fantastic. I also have supporters on my Heroic Fantasy Facebook group, and readers of my web page Streets of Lima.

How long do you work on your books before you present a manuscript?

Every book is different, and there are different ways to define work. Sometimes you start a book, jot down some scenes, and then find the narrative voice is wrong so you let it sit for a while. It’s good to set down the groundwork for a book and then let it marinate for a while. I’ve had other cases where I’ve done a work straight through. Usually the process takes around a year, and I have several books going concurrently.

Do you have a favourite classic book or author?

I have always been a big fan of Roald Dahl, I think he was smart to appeal to a younger audience because he has no real competition and has become highly influential. I’ve been reading the Calvin and Hobbes cartoons to my children, and I have great respect for Bill Waterson as a writer. I’m also a big fan of Charles Bukowski. In fantasy I revisit J.R.R. Tolkien every few years, it’s remarkable with the populartiy of fantasy nobody is even close to Tolkien. I’m also a big fan of the work of Janet Morris.

Where do you find inspiration?

I think we’re all at the mercy of various narratives that are imprinted on us from a very young age. It’s remarkable how effective it is to train people to believe things that are absolutely false and to their detriment. I enjoy picking up a narrative thread that I notice influencing my behavior, and I examine it. From there it’s easy to imagine the types of people responsible for authoring those threads, and it’s rewarding to try to come up with a counter stroke to negate them.

What would be your advice for new writers?

Every very successful writers go a long time betweeen pay checks sometime, so it’s important to arange a steady income source. Don’t mistake this advice with the “have something to fall back on” lecture, which is really just a veiled way of saying “give up on your writing dream.” We all have bills to pay, and if you’re desperate for cash, you can’t effectively pitch your manuscripts. Personally, I don’t need much income because the thing I’m most entertained by is writing. Also, there are a lot of ways to make extra cash these days doing freelance work that is writing related.

Do you remember a mistake you would avoid now for being wiser in the writing world?

One thing it’s important to know is that the writing world has changed enough that the advice in Stephen King’s ‘On Writing’ is not always relevant. Specifically, King’s lectures on listening to your editor. If you’re working for one of the major publishers, then yes, obey your editor without question. But many of the smaller publishers hire people who might have a great grasp of English, but aren’t experts in the craft of literary editing. Some of these people try to do too much, good intentioned as it might be, and you have to stand up to their changes when it’s called for.

Which are your favourite books?

Do you listen to music while you write?

No, but I’m not a big music guy. Half the time I turn off the radio (it’s only Taylor Swift anyway). I’m more inclined to listen to books on tape when I’m listening to anything, and it’s silence when I’m writing.

Are you a coffee writer?

Yeah, I drink coffee, not to a hysterical degree. I’d be more inclined to say I’m a wine writer.

Which part of the process of publishing a book makes you more excited?

The best part is getting the acceptance email from a publisher. That’s the moment when it’s all potential and none of the hard work has begun yet.

Do you have a specific goal set in your career?

No, I just try to do what I can to keep each subsequent book coming out. It’s fun to watch how things progress. Obviously, it would have been thrilling to have a book sell a billion copies from it’s release on the first day. My career is more of a slow burn. Every year there are a bunch more followers on Goodreads, and a bunch more Amazon reviews. People seem to be finding my work, and that’s gratifying.

Is writing your only job?

I do a lot of work with content writing and some graphic design.

How would you measure success as a writer?

Most writers are trying to capture the essence of something. For example, anyone can take a photo of a person, but if you capture their personality in the photo then you’ve taken the step which transforms poetry into an art form. The essence of things are what make life wonderful, and the more beautiful things people are aware of, the happier they’ll be.

Where can we find your work?

Amazon is the best place, but there are select local book stores that carry my books.

Do you rely on other fellow writers when you have a writing block or a doubt?

The most effective thing is to let a book sit for a while if you’re unsure how to proceed. Mainly I lose energy more than have doubts. I’ll switch over to another book and then come back and see the work with new eyes. It’s good to get a little altitude over your work in progress, and time allows that.

Are you active in your engagement with readers? If so, where can we find you?

I’ll answer questions on Goodreads, and I always engage with people who find me on Facebook.

Can you recommend us some good books?

The Mouth of the Dragon, Mad Shadows: The Weird Tales of Dorgo the Dowser, and Lords of Dyscrasia.

Which one is your favourite quote?

Nearly all men can stand adversity, but if you want to test a man’s character, give him power. – Abraham Lincoln

Thank you so much! 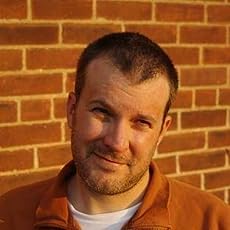 Walter Rhein was born in Wisconsin, but moved to Lima, Peru in his twenties. There, he supported himself by writing, teaching, translating and editing. He currently splits his time between Wisconsin and Peru.

He is currently a writer for Singletracks.com and his articles also frequently appear in Silent Sports and Cross Country Skiier Magazine. He was also a featured writer at the Chippewa Valley Book Festival and the Fox Cities Book Festival.