Heart Of Jet by Sheila Shedd

In the back garden of Fier Estate lies buried a tragic secret, and there lurks a spectral victim so deeply scarred that no living woman can satisfy his demands.

The Grant sisters, reserved, competent Caroline and spritely, silver-haired Lottie are tasked with the cryptic last request of their beloved grandmother to: “Revive the tormented soul of Fier.” Now they must cross the Atlantic, from Manhattan to the top of a cursed Scottish moorland.

Looking forward to independence, adventure, and men wearing kilts, the girls instead find they have inherited roles in a gruesome legend. Atop their Highland cliffs, a long dead lover impatiently waits for his mistress to return…and his heart is black as jet. 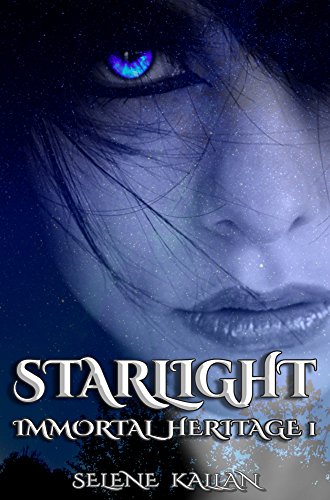 A deadly secret
Two broken hearts
One destiny
For Nick, moving to a new city is one more burden to endure on his already complicated life. His parents believe the change will help him overcome the death of the one that he loved. But a new school can’t stop his nightmares, or change the fate that was imposed on him before his birth. His transformation is closer than ever.
Dahlia lives a lonely, secluded life by choice. Fearful of hurting those she cares about with her powers, which she hates and battles to master. Her self-control falters when the hunger she can not avoid appears to take away her sanity.
Under the Starlight they will find each other. But when their worlds collide, will their connection save them? Or destroy them? 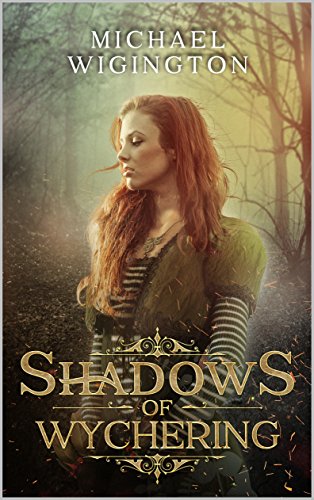 Shadows of Wychering by Michael Wigington

A young mage who cowered in the face of fear is now the only hope for the man she loves and the people who are missing in Wychering Wood.
Shadows of Wychering – a fantasy novella set in the Corvarix Age. Magic thrives, kings rule, and Wychering Wood is claiming lives. 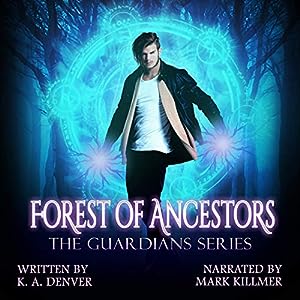 AUDIOBOOK – Forest of Ancestors: The Guardians Series, Book 1 by K A Denver

Eli is not your average witch. He is a member of a group of elite male warriors fighting evil entities that torment the non-magical world. However, when one of their leaders is murdered, questions are raised and an ancient foe of Dark Witches, who was previously thought to be long gone, reappears. It will take all their abilities to defeat this enemy with the possible help of an unlikely ally. Knowing the past will lead them to an unexpected revelation which erupts into a battle unlike any other. Eli is about to discover all is not as it seems, and life has plenty of tricks up its sleeve.

In Forest of Ancestors, the first book of The Guardians series, K.A. Denver weaves magic, romance, and betrayal into a thrilling fantasy with a contemporary flair.