“A perfect blending of an original mythos and traditional fantasy. Fans of Dragonlance, Forgotten Realms, and The Shannara Chronicles will love this series.” Darkcast Reviews

Join an adventure through Heaven and Hell in the first thrilling volume of Dallas Mullican’s fantasy epic- The Horde and the Host Trilogy.

BLOOD FOR THE DANCER

Dying and trapped in pain, Dustan Wheaton cries out to Heaven… but it’s a demon who answers.

Salvation comes at a price. Dustan must become the demons’ most deadly assassin, slaying angels on earth before they can recruit mortal souls into a war that has raged for eons.

With the demons fanning his hatred, Dustan is eager to kill those he blames for ignoring his prayers and allowing his parents to die. He travels the world destroying his angelic enemies until sent to face a mysterious woman.

The Dancer is unlike any foe Dustan has encountered. He finds himself inexplicably drawn to her, and for the first time, he questions his orders. Her claim that his entire life has been a lie threatens to shatter lifelong beliefs and sows doubts about his demon family.

Trusting this woman will mean turning his back on those who saved him and gave his life purpose, not to mention place a target on his back for angels and demons alike. Doubting her could mean the end of all humankind.

Review by Notes from an Eclectic Reader

“BLOOD FOR THE DANCER: THE HORDE AND THE HOST BOOK ONE (2019; 306 pp.) is the latest novel by Dallas Mullican and the first novel in a new fantasy trilogy. Mullican breathes fresh, lively, and entertaining air into themes which have nearly been done to death in the TV series SUPERNATURAL and to an extent the original STAR WARS.

Mullican creates a vibrant mythology in BLOOD FOR THE DANCER filled with remarkable characters who are both good and evil, stunning locations which the author brings visually alive utilizing notable detail, a multitude of extraordinary creatures—many of which are quite grotesque and usually pernicious, and almost non-stop action. Unlike many writers of fantasy, Mullican does not have his readers endure page after page of narrative as the author provides the details, rules, and history of his imaginary world. Instead, readers learn particulars as they accompany the novel’s protagonist, Dustan Wheaton who is also learning and being trained by his mentors during his ten-year evolution from being a neophyte to a full-fledged warrior on an incredible mission to destroy the enemy—actions which will heat up the war between angels and demons.

Mullican turns the concept of angels and demons as well as religion itself upside down and “both angels and demons practice the same deceptions” upon humans to get them to join their ranks. In the creation of his dreamworld universe Mullican offers readers little if any replication of typical angel vs. demon fantasy tropes. Giving readers added enthusiasm for the novel’s plot is the duplicity and intrigue Dustan often encounters, sometimes stumbling on truths he never anticipates, finding himself frequently in awe of the people, creatures, and places he encounters, and often facing perilous death and destruction. About mid-way through the novel, Dustan unites with a new and unique being, Kyra, and as the two of them learn to trust and care for each other, they also move forward to their preordained destinies.

BLOOD FOR THE DANCER moves from 1862 to 1864, 1866, 1874, 1885, 1918, and to the present day. Portions of the story take place in very recognizable human realms, but the novel is largely set in the realms of angels and demons and realms known by only a few to exist until Dustan and Kyra enter them. Most of them are not safe places to be. Some of Dustan’s references to popular human culture and the use of colloquialisms cause humorous consternation and confusion from inhabitants from other realms he encounters although it isn’t always clear how, where, or when Dustan acquires such knowledge and wit.

For a fantasy novel, there is a surprising amount of tenderness and even occasional sentimentality in BLOOD FOR THE DANCER along with all of the incredible goings-on, plot twists, and what comes close to being akin to sword and sorcery action. Memories abound. Losses wound, are grieved, and are not forgotten. Sad dreams haunt. And as Dustan learns, “No creature capable of feeling, in any world, can hope to completely bury joy, hurt, love. Desire is an invincible foe—desire for friendship and closeness.”

As the first of a proposed trilogy (THE SUN AT NIGHT and CRY OF THE UNSPOKEN are listed at the end of the novel as forthcoming titles in the series), readers will most likely be pleased when they reach the end of BLOOD FOR THE DANCER to see the novel does reach a conclusion of sorts and does not leave readers deflated with a totally inconclusive ending. There are, however, clear indications of more to come.

Well written and with dialogue which both brings the characters to life as individuals and helps to give Mullican’s dreamworlds a sense of reality and propel the story forward, BLOOD FOR THE DANCER is an entertaining read and an enticing introduction to a new series most readers are bound to enjoy.” 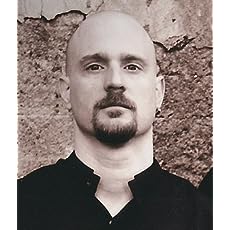 After spending twenty years as the lead singer of a progressive metal band, Dallas Mullican turned his creative impulses toward writing. Raised on King, Barker, and McCammon, he moved on to Poe and Lovecraft, enamored with the macabre. During his time at the University of Alabama at Birmingham, where he received degrees in English and Philosophy, Dallas developed a love for the Existentialists, Shakespeare, Faulkner, and many more great authors and thinkers. Incorporating this wide array of influences, he entices the reader to fear the bump in the night, think about the nature of reality, and question the motives of their fellow humans.

A pariah of the Deep South, Dallas doesn’t understand NASCAR, hates Southern rock and country music, and believes the great outdoors consists of walking to the mailbox and back. He remains a metalhead at heart, and can be easily recognized by his bald head and Iron Maiden t-shirt.