What if all the gods of the earth once existed? Long ago a superior race once came to earth and became humanity’s gods. The story is set on a post cataclysmic earth. Technology has vanished and been replaced by magick. Myths and monsters once again roam the land.

Blending H. P. Lovecraft’s mythos, with the numerous mythologies of the earth created a rich mythic landscape. Two groups of gods once descended on the earth, Lovecraft’s horrific alien, inhuman beings and the superior, god-like race, known as the Watchers, (the Elder Gods described by August Derleth).
END_OF_DOCUMENT_TOKEN_TO_BE_REPLACED

A Legacy of Violence When Stiva and her twin brother, Chandris, inherit the troubled throne of Aris, the populace grows uneasy, and with good reason. The twins, estranged for years after a bitter feud, are very different.

Stiva takes after their mother, a Reonih bard from the primal mushroom forests of distant Shadri, while Chandris favors their father, a hardened warlord, commander of the mighty Selin army. END_OF_DOCUMENT_TOKEN_TO_BE_REPLACED

The races enjoy the fruits of the first political alliances. Kings hold feasts, while a diligent few smell war on the wind. The perception of peace fades with the division of the Elven House and rumors of a dragon moving north. The fires of war are soon kindled. END_OF_DOCUMENT_TOKEN_TO_BE_REPLACED 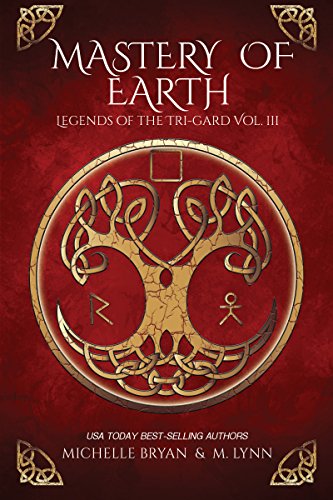 What if you were able to have someone you love back from the dead?

Reunited, they should be stronger than ever, but none of them have returned to the palace the same.

When the man she loved died, Rissa had a choice: fall apart or let the anger take control.

Her hatred, her need for vengeance filled every part of her, turning her from sarcastic princess to unashamed killer. END_OF_DOCUMENT_TOKEN_TO_BE_REPLACED

I would like to introduce you to my series – The Kingdom of Durundal – available in kindle, paperback, and free in kindle unlimited. There are four books, made up of the following elements:

The Kingdom of Durundal is foremost a series, and involves the same central characters throughout. The books can be read independently of each other – and can be read as stand alone – certainly by Book Three – there are more dynamics and more themes – a rawness and a much darker side. However, to get the flow of the story – it is best to start at the beginning with ‘A Hare in the Wilderness’ and read through the story in order. That way, you understand how the characters develop – and how their lives interweave. —S. E. Turner

END_OF_DOCUMENT_TOKEN_TO_BE_REPLACED

In Albia, the Fourth Realm, the precious Artesan gift is dying. Although born to the craft, Taran struggles to achieve his potential. Against his friends’ advice, he embarks on a foolhardy plan to acquire the teaching he craves. Alone, he crosses into Andaryon, the Fifth Realm, but instead of finding a mentor, he stumbles upon a treacherous plot.

In the wake of Taran’s actions, Albia suffers a series of vicious raids. Major Sullyan of the High King’s forces is sent to oppose them. But a dark and treacherous force is moving through the realms and both Taran and Sullyan will feel its power. END_OF_DOCUMENT_TOKEN_TO_BE_REPLACED

On the day of their thirteenth birthdays, twins Jack and Maddie Austin receive a special gift from their wizard relative Uncle Benny: two necklaces, along with a note shrouded in secrecy. The celebration is interrupted by three intruders, led by the evil being Tardon, who kidnaps the twin’s parents. Uncle Benny manages to escape with the twins and later, reveals the truth behind both their gifts and identities: that Jack and Maddie are powerful wizards from the magical realm. Now, faced with the decision of a lifetime, they must return to that realm, rescue their parents and save all the realms from imminent doom. END_OF_DOCUMENT_TOKEN_TO_BE_REPLACED

With the power to end the world, would you protect humanity when it broke you or would you take revenge?

Meet Ariel: a quiet, unnoticeable girl with an incredible gift…

Ariel never had an easy or pleasant life, but the arrival of three gorgeous strangers meant her measured life is turned upside down, as she discovers that angels exist.
Now against her will, she’s drawn into an ancient celestial conflict, where her powers will decide the fate of humanity.
Deceived, threatened, hunted and now on the run, who can she trust? END_OF_DOCUMENT_TOKEN_TO_BE_REPLACED